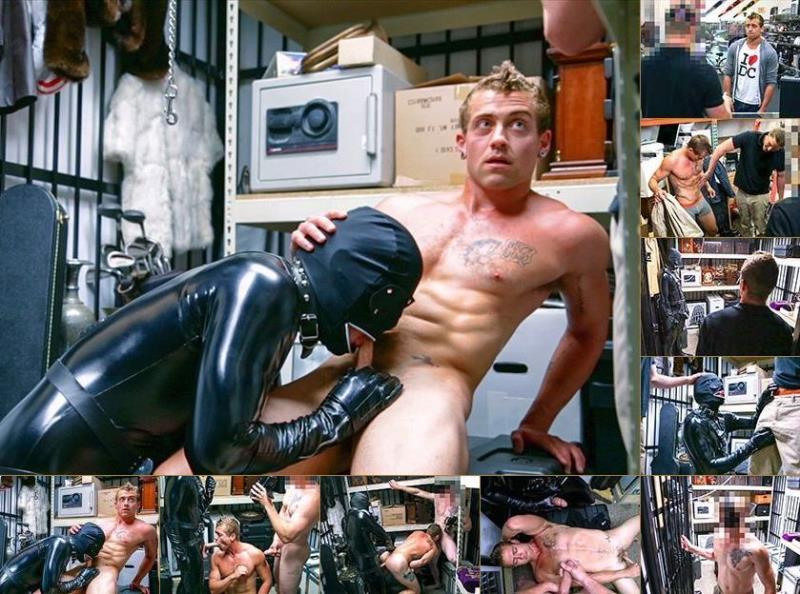 This was actually Petes first day on the job, and I must say, he did a great fucking job. We had this hot blonde rocker stud come in with his axe. He said he just broke up with his band and his girlfriend, but all I heard was that he might be desperate enough for a gay time... I mean, good time. I bought his guitar and amp at a good price to gain his trust. Then I offered him a job. He got a job alright (rim job/blow job). I tested the waters by flirting with him while he was changing. He has a hot ripped body. I made sure to stand too close and touch his muscles and tattoos. He squirmed, but he didnt freak out, so I got suited up while Pete kept him busy. By suited up I mean head to toe leather, with a zipper mouth, and a removable crotch, or as I call it, the cock holster. It was gimp time. Okay, this time he kind of did freak out when I got too close, but using cash as a sedative, he was sucking dick in no time. Not just that. He had a penis on both sides of him the entire sexy time. He took a cock in his "straight" corn hole like a champ. I know he loved us taking turns fucking his ass. It made him cum on his self. Actually, we all squirted our semen on him. Since I was wearing a bdsm outfit with a mask, he doesnt even know it was me. So I do have the option of firing him for butt fucking on the job. Well see. He just might be cute enough to keep his job, or at least till after a few more gimp sessions. 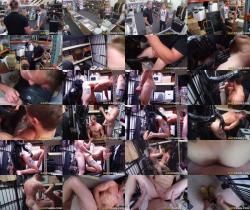